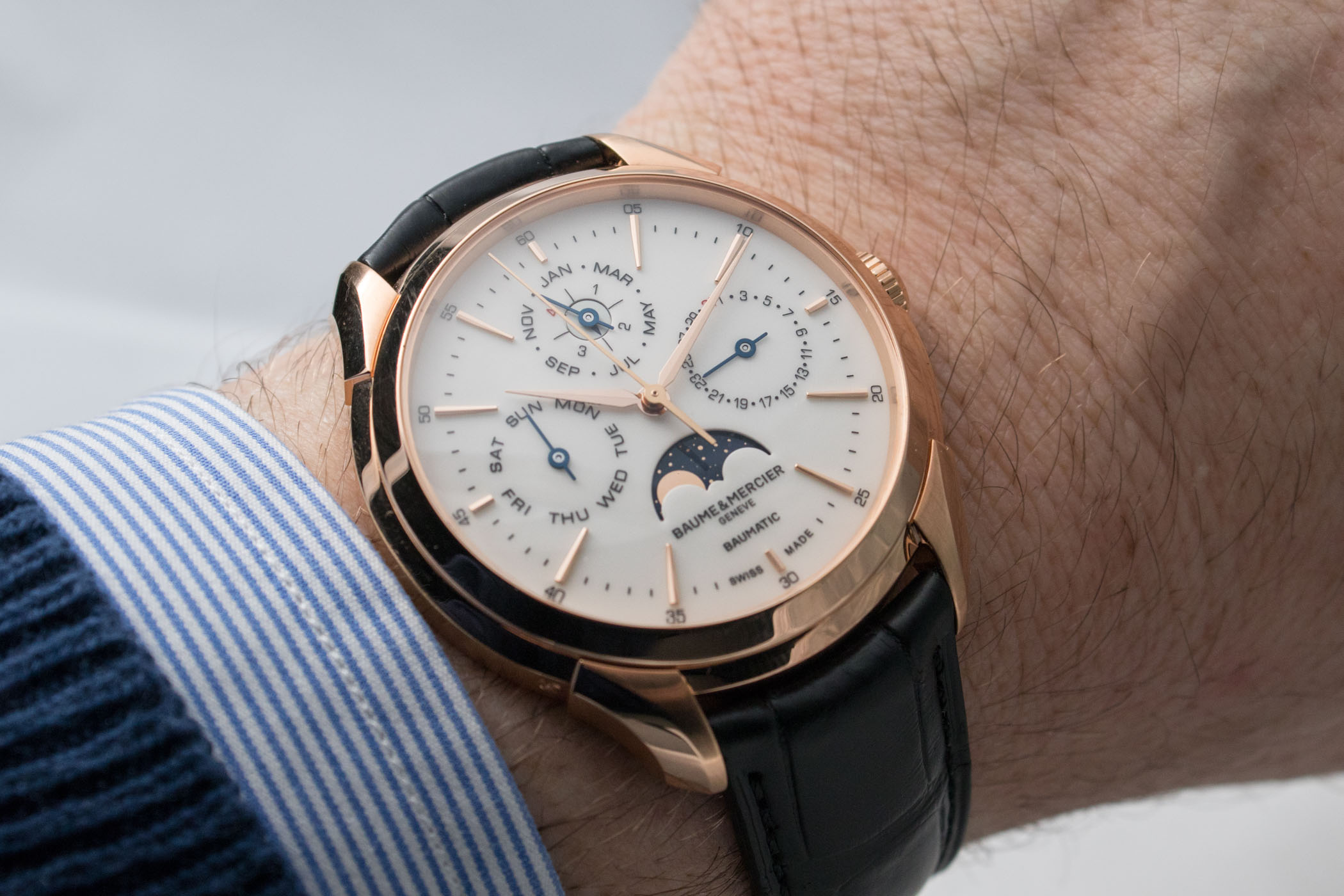 Baume & Mercier’s story begins in 1830. True to their motto “Accept only perfection, only manufacture watches of the highest quality, the Baume brothers witness the rapid growth of their company

The Baume brothers set up a branch in London under the name “Baume Brothers”. Baume Brothers expands throughout the British Empire, from India to Africa, from Australia to New Zealand to Singapore and Burma. By the late 19th century,At the end of the nineteenth century, the company has already acquired a solid international reputation as becoming an increasingly important player in the field of watchmaking abroad.

In addition to being aesthetically beautiful and technically very complicated, Baume watches demonstrate excellent precision, setting records in time trial competitions and in particular time trials held by the Kew Observatory near London.

Paul Mercier knows how important it is for the brand to live in step with the times and embrace change. During the roaring ’20s, sensing the dimension of women’s emancipation, the brand begins to consider women and their desires as inexhaustible sources of inspiration. In the ’40s this profound understanding of the female universe will allow Baume & Mercier to launch one of the most successful models: the Marquise. This elegant and practical jewelry watch is inserted into a bangle-style bracelet.

From this moment on, the watchmaking mastery will be represented by timeless elegance. A pioneer in this market segment, Baume & Mercier launches the first “form” wristwatches (ie, they have a different shape from the round one).

Always looking for balance, symbolized by the Greek letter (Phi), the current Baume & Mercier logo, during the ’50s and’ 60s the Maison sets the scene for defining what is now considered the archetype of the traditional round watch . The brand launches so different chronographs equipped with features such as moon phases or triple date window.

During the ’70s, Baume & Mercier launches timepieces with an innovative shape, such as the Galaxy or Stardust models. In 1973, Baume & Mercier anticipated the times by presenting the Riviera model, one of the very first steel sports watches. In 1988, the company joins the Richemont group.

Baume & Mercier currently offers five collections, designed to offer the public the best quality watchmaking: Hampton, consisting of watches of men and women shape; Capeland, composed of Worldtimer chronographs and watches; Classima, for lovers of minimalist design; Linea, aimed at elegant and dynamic women; finally, the new Clifton collection, designed to meet the needs of those who live in the city and want a timepiece with a classic, yet contemporary style.