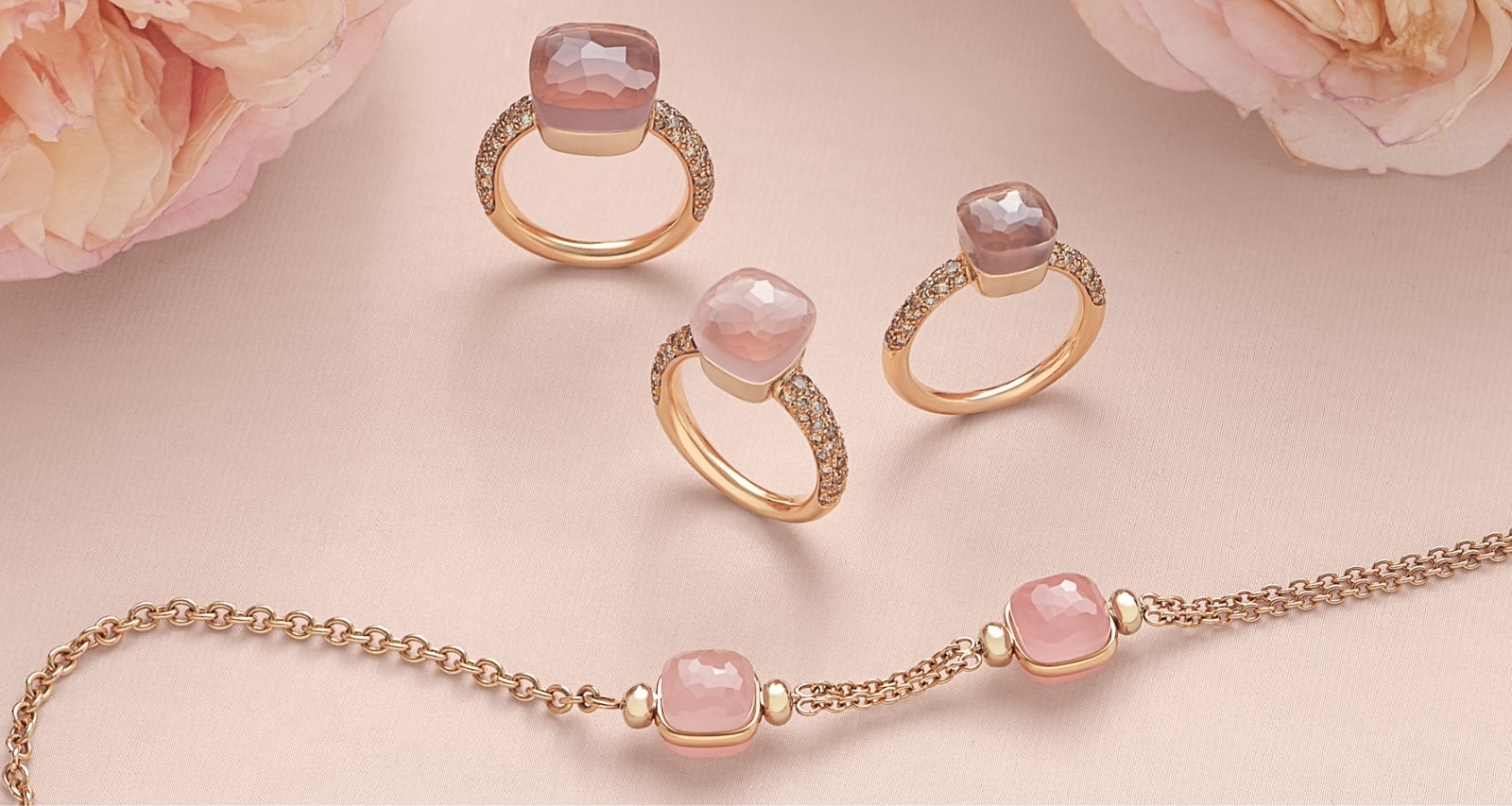 Pomellato was founded in Milan in 1967 by Pino Rabolini – the heir to his family’s goldsmith legacy. Introducing the prêt-à-porter philosophy to the traditionally conservative world of jewelry, Rabolini revolutionized women’s fashion choices while shaping Pomellato with a powerful, fashion-forward identity. Fifty years later, his jubilant, distinctive designs have grown to be revered both in Italy and across the international jewelry landscape.

In July 2013, Pomellato joined the Kering Group, a world leader in apparel and accessories. Kering ‘empowers imagination’, encouraging its brands to reach their full potential in the most sustainable manner possible.

The 2015 Pomellato campaign, shot by the duo Mert and Marcus, starred Salma Hayek as its muse. For Pomellato, Hayek embodied its sensual, Mediterranean kind of beauty, but she was also chosen for her formidable accomplishments and charisma. An empowering female is the perfect reflection of the brand’s bold spirit and forward-thinking ideal.